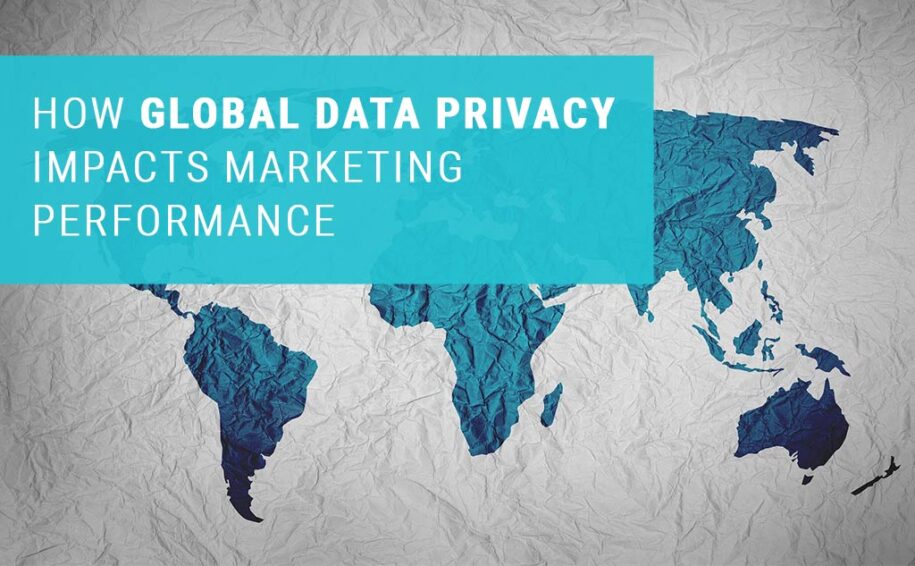 We are in a new era of data privacy. Before the internet became a foundational part of everyday life for the majority of the global population, the definition of privacy was more straightforward. It was up to the consumer to choose what to share, when to share it, and with whom. But the internet complicated the way consumers share and receive information and in turn, how organizations manage and utilize this data responsibly.

Questions have been raised about whether major data breaches and increased discussion surrounding our personal data is impacting consumer anxiety over how their information is used and managed. Research undertaken by the Global Alliance of Data Driven Marketing Associations (GDMA) has good news.  In their 2018 research paper – Global Data Privacy: What the Consumer Really Thinks they found that consumer attitudes to data are changing in a positive way, making way for responsible organizations to utilize consumer data to their advantage, with full consent from the consumer.

Despite differences across the 10 countries involved in this study, the overall trend towards a pragmatic approach to data is resounding.  Consumers increasingly understand that data has a big part to play in their lives.

The caveat to that is 88% of those consumers surveyed cited transparency as the key to trusting organisations. This very reasonable expectation is further compounded by the fear generated from recent high profile data scandals including Cambridge Analytica and Capital One not to mention the increasing risk of cyber security breaches as technology continues to develop at light speed, putting further pressure on Governments and businesses to respond with even more robust security policies.

You only have to run a quick google search to find a long list of serious data breaches over the past ten years from high profile companies whose brand trust and reputations have faced significant long term damage.

In principle it’s simple.  A healthy data economy relies on improving transparency and control for consumers which will help companies move into a much stronger position to utilise that data for continued innovation and growth, providing increasing value to their customers.

Implementation however is less straightforward. According to CIODive.com data breaches and cyber security are the number one concern for CEOs, over and above recession.

The Data Challenge for Businesses

Whether you’re a start-up or a global enterprise, reliance on the internet and cloud based technologies mean data privacy needs to be at the top of your agenda.  The scale of the challenge obviously differs between SMEs and large corporations but the fundamental problem remains consistent.

For the purposes of this post we’ll be focused on the challenges faced by global enterprise organizations.

GDPR wasn’t the beginning and it certainly won’t be the end of the introduction of data privacy regulations with serious consequences for businesses who fail to meet the standards. Strict data privacy legislation is appearing in more and more economies across the globe.

Below are 9 examples of countries who have adopted, or are close to adopting comparable data privacy laws:

It’s clear that organizations operating globally have no choice but to adopt a cross-regulatory compliance strategy.  In this case, GatedContent.com primarily focus on data compliance from the marketing and sales side of an organization, which is arguably one of the highest risk areas for a business as that’s the point at which the majority of consumer data is captured. Failure to comply doesn’t just expose the organization to reputational risk, but it significantly impedes the effectiveness of marketing investment.

For marketing and sales, the solution to developing a robust compliance strategy is a cloud-based consent process that covers all digital assets.  This must work in tandem with a cross-regulatory compliance strategy that has predetermined how the data privacy regulations relevant to your business overlap, in order to synergize compliance efforts throughout your organization.

GatedContent.com have been working with global technology provider Sage who operate across 80+ countries.  This short case study outlines how the global privacy strategy we helped implement impacted their marketing performance.

After initial consultancy to build a data strategy, GatedContent.com determined the consent requirements per user based on existing data and user location.  This data was then used to provide dynamic privacy messaging which changes according to the users current location.  This framework was rolled out to ensure content capture policies were universally adopted across the business, removing the problem of unregulated localized activity and providing an accessible audit trail.

This is what Sage had to say:

“We started using GatedContent.com over a year ago and I’m so glad we did. GatedContent.com ensures that we’re collecting all required fields, including those for GDPR and other regional legislation. The form submissions come into our database standardized so it reduces the need for data cleansing. It also ensures that all of our forms have the same look and feel across hundreds of branded webpages. We’ve had a number of changes during the last year and GatedContent.com support is impeccable”.

What's Next for your Organization?

There’s only one solution to the privacy challenge, and that is to invest in the right tech stack that works together seamlessly and the engagement of data experts to ensure you’re compliant in every jurisdiction you operate in.  Beyond that, you need to be 100% transparent about your approach.

This requires companies to consider the impact on privacy and the risks posed to their customers before doing anything with their data, striving to achieve a balance between privacy and innovation.  If your product or service creates real benefits for people by using their data, then you should adopt honest and open lines of communication, in return consumers will reward you with their trust and their custom.