Effortlessly scale your lead gen like these global B2B brands 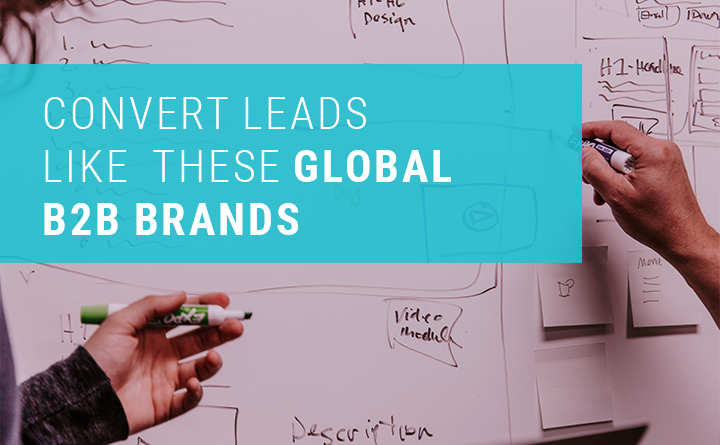 It will come as no surprise that web forms are still key to lead generation strategy and good practice. Depending on the tactics used, forms can obtain lead information in exchange for high value content, which is a core aspect of content marketing.

In fact, Hubspot reports that, “74% of companies use web forms for lead generation, and 49.7% say their online forms are their highest converting lead generation tool.”  It’s all well and good, knowing that web forms need to be utilized. But how does a global business scale this across multiple forms in multiple languages?

Deploying marketing forms across enterprise websites can cause many technical headaches, especially as you scale up for multiple regions or markets. Budgets and resources can become stretched and timescales expanded. At GatedContent.com we help B2B businesses scale build and management of web to lead forms without long integration times or resource requirements.

Here are three ways that global brands are utilizing their web forms to drive lead generation and increase their conversion rates.

Just like most large organizations, Rockwell Automation, a world-leading industrial automation and information company found themselves struggling to maximize the benefit of their content investment. And also like most large organisations, they had processes and internal blockers that limited the results of their lead generation strategies.

When it came to obtaining data from web forms, Rockwell Automation faced a number of challenges including managing an extensive marketing tech stack, administering changes to forms in multiple languages and working within an internal content management system that would not bend to change easily.

After unsuccessfully trying several other internal, in-house options, GatedContent.com held the solution. By scaling their form process, centralizing changes to forms on a large scale and integrating with their marketing automation platform, GatedContent.com used a strategy that included pre-population using previous Eloqua data, progressive profiling to enhance data and the ability to trigger blind submissions on high value content.

Read more about how GatedContent.com were able to take Rockwell Automation’s complex requirements and speed up the process of implementation to minutes instead of  months, reducing costs by 80% and increasing ROI.

As a leading provider of imaging and technology solutions, Canon is known around the world as a global player in its category. The challenge Canon faced is one that many organizations, large and small, can sympathize with. They had invested heavily in content creation and found that the lack of a content gating strategy meant the data collection for the new content was poor and often difficult to use.

Due to a failing implementation across regions and languages, all the fresh content was going to waste and becoming obsolete at the same time.

For Canon, scaling their lead generation web forms was the key to change. GatedContent.com were able to introduce a content gating solution that not only helped deploy gates quickly and centrally, they were also able to introduce global changes across 15 different gating levels enabling multi-language support as well.

GatedContent.com provided all of this through scaling their web forms, worked within Canon’s central framework and ultimately saved them over £35,000 in supplier costs.

Find out more about how GatedContent.com increased the use of content for Canon and saved them both time and money.

With world-leading expertise at their disposal, a global fintech company have the ability to produce amazing content yet they struggled to see any results because of the huge drain that web lead generation caused.

Combined with poor data tracking, they faced huge technical costs and a low-performing demand generation strategy. The task to improve their efforts across their digital marketing performance meant scaling the entire process and thoroughly reviewing their tool stack.

A result of this scaled integration was a conversion rate that was over four times more successful. The client was able to manage and monitor their content gating strategy for over 600 content assets in a matter of minutes.

Read more about the results and how scaling their web form generation with  GatedContent.com paved the path to success for their form deployment and ultimately helped them achieve a centralised demand generation strategy.

Like what you’ve read? GatedContent.com can help you do the same.

Scaling your web forms can reduce your set-up time drastically and lower admin costs. To learn more about how GatedContent.com can help your business successfully scale forms within your current demand gen infrastructure, check out our guides or contact us to have a chat.

See GatedContent.com in action - Request a demo
Comments are closed.