Why are Built-in Marketing Automation Forms not fit for Purpose? 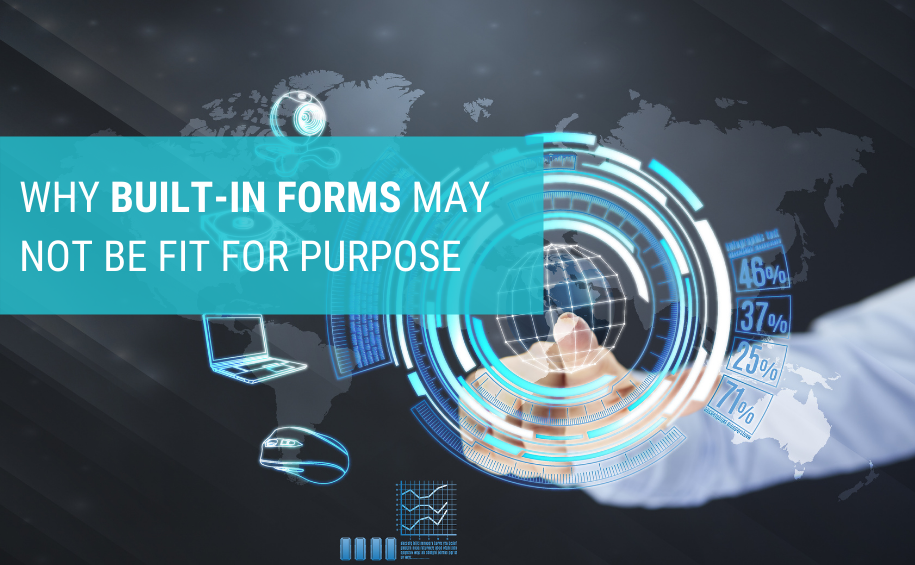 There’s more to lead capture forms than meets the eye. Most businesses are keen to improve form conversion rates and increase their pipeline volume, the challenge is knowing how to do that.  Marketers often attribute poor conversion rates to an issue with their product or service offering or the volume of traffic they’re driving to their page.  In fact, there are several factors involving the lead capture form itself that might be influencing the volume and quality of your conversions, but these can be really difficult to identify.

Form standardization and efficient deployment are critical success factors when it comes to conversion rates. More often than not though, built-in forms used in marketing automation platforms don’t have the technical capability to deploy and test quickly and effectively.

This is why it’s important that marketers understand why the forms they’re currently using may not be fit for purpose, and more importantly, why they might be negatively affecting conversion rates.

Using one of GatedContent.com’s clients as an example, global imaging and information technology solution provider Canon’s challenge was how to deploy content gating. They’d made a significant investment in content creation, but with no gating strategy in place the company was relying on landing pages and forms built with third-party marketing automation platforms.

Canon found that the forms created within their marketing automation platform weren’t built for scale or regional differences. Minor changes were incredibly labour intensive to deploy and keeping track of where forms were displaying and how they were performing was challenging.

What are the specific problems with built-in marketing automation forms?

There are a few danger zones, particularly for enterprise businesses when it comes to using built-in forms.

Global privacy is a serious issue. Privacy laws vary by jurisdiction and it’s critical that you automate data capture to adhere to the rules and language of each specific country. Most built-in marketing automation forms don’t come with that functionality.

Most built-in forms are HTML

The fact most built-in forms are HTML means that if you’ve built a form and replicated that form across 10 pages on your website for various pieces of gated content, and you then decide you’d like to run a test to see if adding one extra field might impact conversion, that change has to be made manually on every page that hosts your form.  Alternatively, if all your forms were linked to one master template, you could make the change in the master and it would automatically deploy across all 10 pages saving huge amounts of time.

Regional marketing teams often use built-in forms differently.  For example when asking for job title.  Some teams might offer a free text box, others a structured drop down.  Fast forward to monthly reporting on trends in regional buyer persona engagement, this becomes a very difficult task.

If profile data isn’t consistently captured across regions, or even across different regional teams, accurate segmentation can’t be carried out which can severely affect marketing performance. Drawing on the job title example above, when testing a new set of messaging with a group segmented by job title, results are highly likely to be skewed and conclusions difficult to draw because the original segmentation wasn’t based on a consistent set of data.

Consistent reporting data allows us to look at conversion rates or attribute form completions to inbound activity.  Built-in forms can make it impossible to capture that data, for example, if each region has a different method of attribution tracking for each of those forms, using differing UTM parameters you won’t be able to take a holistic view of the most successful channels because the use of a wide variety of UTM parameters means the data isn’t comparable.

Because of this example and others like it, built-in forms can make data capture for reporting inconsistent and identifying trends from these data sources impossible.  Without access to high quality trends reporting, you can’t make business decisions with any level of confidence, meaning data capture efforts are ultimately pointless.

As you can see in the example from Canon, as soon as they tried to deploy content at scale, it became a very expensive process. Built in forms are labour intensive, they require standardization and automation in order to work at scale. For Canon, by standardizing their forms and removing the need for technical deployment, they saved in excess of 350 hours on form deployment, representing a £35,000 saving in agency and supplier costs.

Built-in marketing automation forms work fine for smaller businesses or for companies with limited marketing requirements. But the bottom line is if you’re looking to scale your marketing activity or, like Canon, you’ve made a significant investment in your content strategy it’s critical you carefully consider each step of your form deployment and work on strategies to scale it effectively.

How much you could improve your web conversion by?

By analyzing your current web conversion rates and optimization practices, we can estimate the projected uplift in leads you can expect from working with GatedContent.com.